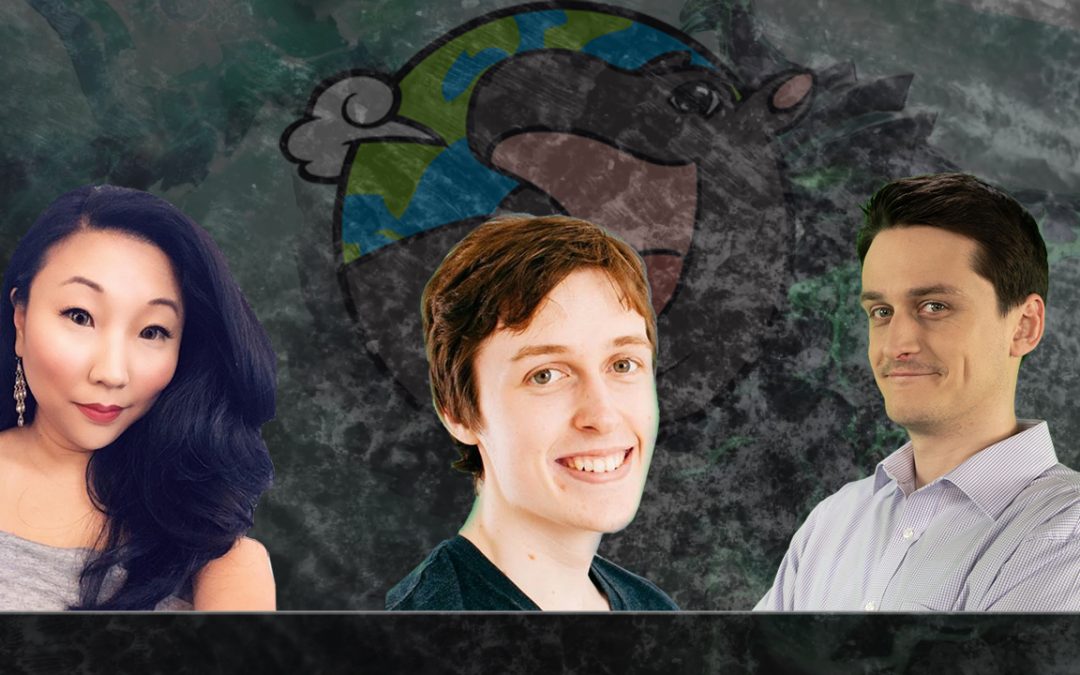 It’s that time of year again, and players aren’t the only ones that shuffle about. With both Maut and Annie taking a step back from working as talent, we needed some new blood for this next season of coverage. It’s going to be a big year with a lot of content (and even more memes).

Forged in the flames of amateur Dota 2 leagues, Moxxi has been casting for the every man since 2013. Casting in-houses on her tiny twitch channel, she quickly gained a fanbase for her rapid fire teamfight calls, crisp diction, and extensive breath support. Her big break came in the form of the Moonduck Caster Crucible in 2017, when she joined an acquaintance last minute to compete. Deemed not total garbage, she was invited to partake in future casts for semi-professional tournaments by the Moonduck crew.

Since then, Moxxi has been hired for several DPC online qualifiers run by ESL, PGL, and others. Her biggest claim to fame was providing the in-game coverage for the SA Qualifiers for the International 2018. Nicknamed the “Queen of SA Dota”, she has spent a majority of her time helping to bring awareness of the South American Dota 2 scene to English speaking audiences. She is also invested in helping to elevate the status of female players in a primarily male dominated scene, providing the only English casting of Rainha de Copas, the all female tournament in Brazil.

Constantly hustling, Moxxi strives to improve upon her casting skills and provide the best experience she can for her audience. Passionate about sharing her excitement, she looks forward to branching out into different regions and elevating new teams into the spotlight with her casting.

Jenkins first made a splash in the Dota 2 scene in 2014 with his North American squad called Team Leviathan. Known for being one of the scariest Pudge players in the region, he quickly gained a reputation for playing initiators that can ruin enemy squads.

After a topsy-turvy run at playing Dota 2 professionally, Jenkins found a niche for himself creating educational content and guides to help less experienced players improve their skills. He became the face of the popular guide depot called “Pvgna” before moving on to create his own website called DotaAlchemy.com.

Jenkins is now applying his educational experience to Dota commentary as an analyst. He still maintains a top 200 ranking on the NA ladder and continues to release cutting edge content as the game develops over time.

Malystryx has been been a contributor in the esports community for 14 years and counting, starting out as press and eventually getting involved in production, script-writing, and top quality memes. Including Newbee’s fragrance SCCCUH, Lord Cucksworth and Kundalini (the Kiev Major card game).

His work began in 2004 as a Warcraft 3 editor after seeing the World Cyber Games finals between Grubby and Zacard. After completing a Bachelors degree in multimedia and Masters in Animation, Malystryx was offered a full-time position as editor-in-chief for SK Gaming to jump start his career. He was nominated for Esports Journalist of the Year in 2009 before moving on from Warcraft 3 to pursue content for other games.

In Dota 2, Malystryx starting working for a community website known as joinDOTA in 2013. He started as an editor but after a few years of hard work and dedication he began graduating to bigger projects. By 2015, PGL was hiring Malystryx as a script-writer and eventually a full-on producer to create entertaining filler content. His work behind the scenes includes the Manila Major, Boston Major, Kiev Major, Bucharest Major, and Super Major. Malystryx also does freelance works for Monster Energy and GINXTV among others. His goal is to spread positivity and hopefully bring you a few laughs.